Microcirculation in the Brain

(The real purpose of the scientific method is to make sure nature hasn’t misled you into thinking you know something you actually don’t know.*)

Neuronal activity is intimately linked with changes in metabolism and subsequent changes in regional blood flow. Even minor interruptions in flow can adversely effect cognitive function. 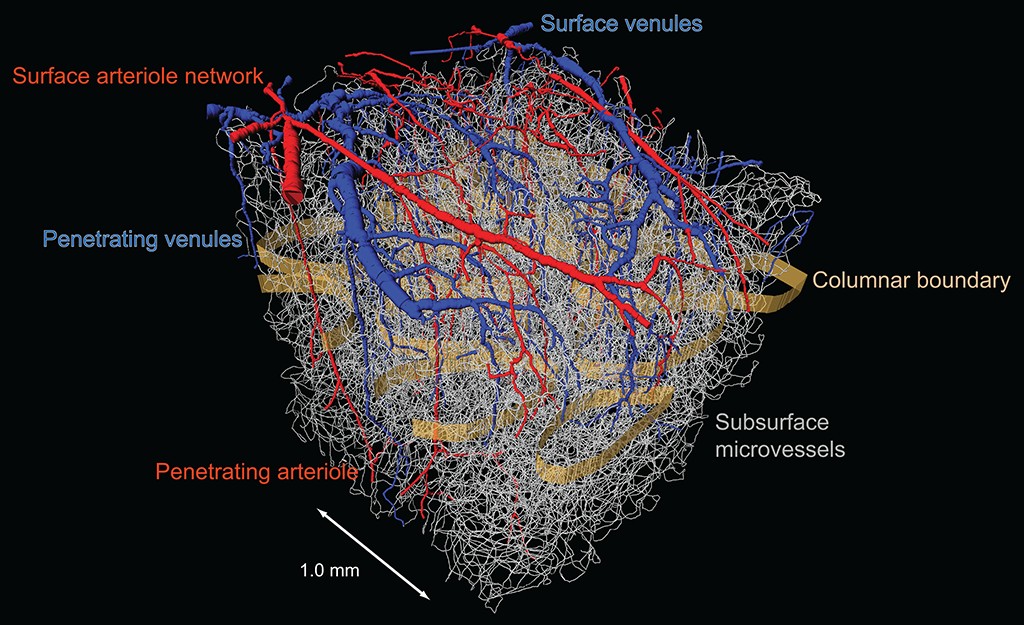 We consider the nature of blood flow at the level of individual vessels, from surface arterioles down to single mircovessels, in cortical and subcortical regions of mouse and rat (top figure shows the angiome of a 2 mm^3 region of murine cortex).

Our past work demonstrated that normal blood flow is highly variable at the level of microvessels, and that the magnitude of the variability is the same as stimulus-induced changes in flow. The variability derives in part from recurrent loops within the cortical angioarchitecture and in part from arteriole vasomotion. 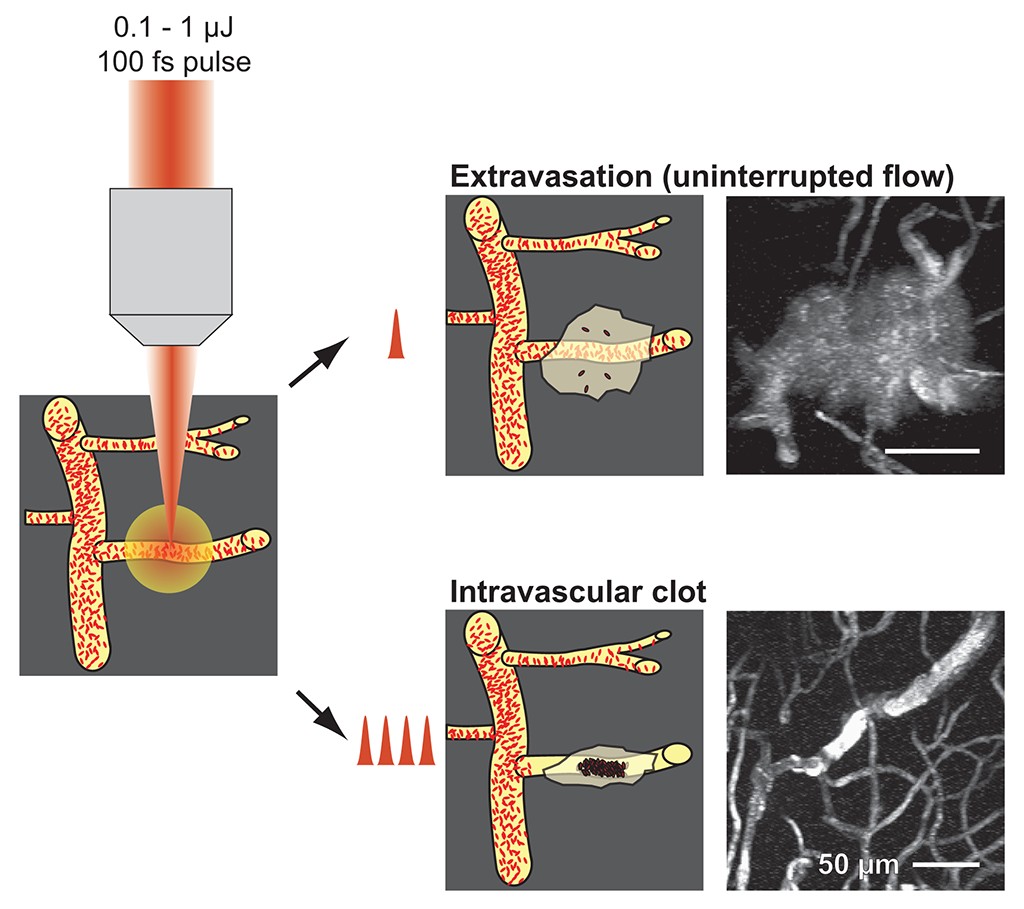 A major thrust of past work concerns the connection between vascular topology and the resilience of neocortical vascular networks to point-like occlusions. We find that flow in the surface arteriole network is largely insensitive to single occlusions, as is flow through the subsurface microvascular network (middle figure). Critically, occlusions to the penetrating arterioles that connect the surface (pial) arterioles with the subsurface microvasculature result in a columnar-sized region of ischemia. A functionally similar result is found for penetrating veins. These results bear on the origin of cortical microstrokes and vascular dementia and suggest a "one vessel, one stroke" relationship for penetrating vessels. Further, a complete reconstruction and analysis of the angioarchitecture in mouse cortex allow us to model these perturbations to flow. We observe excellent agreement between the model and data. A rarefied view is that penetating veins act as low impedance sinks that limit the perfusion volume from a penetrating arteriole.

Ongoing and future studies address the neuronal control of blood flow in the microvascular network (bottom figure). We view neuronal control in terms of the net action of signaling molecules that arrive via global and local sources. All of these function in a push-pull manner, i.e., one set of signals induces vasodilation through relaxation of arteriole smooth muscle, while a second set induces vasoconstriction. These studies address flow in all regons, i.e., cortical, white matter, and sub-cortical, of the brain and involve an array of tools for optical imaging and maniulation.

The combination of many in vivo tools, including electrophysiology, intracellular ion measurements, neurotransmitter receptor activation measurements, microdialysis measurements, and single vessel blood flow measurements, will allow us to assess the influence of single neurons and networks of neurons on vascular control. These experiments are further supported by optical activation and pharmacological manipulations to derive causal relations, and our automated reconstruction techniques to map local architectonics.