(In questions of science, the authority of a thousand is not worth the humble reasoning of a single individual.*)

We advance two-photon microscopy for near diffraction-limited imaging along the full depth of cortex in awake behaving mice. Our approach combines direct wavefront sensing of descanned fluorescence from dye introduced in brain microvessels, which forms a guide-star, and adaptive optics (AO) to compensate for tissue-induced aberrations of the wavefront. In our initial results, we achieve high signal-to-noise records of glutamate release from thalamocortical axons, using expression of SF-Venus-iGluSnFR, and high signal-to-noise records of intracellular [Ca2+] transients in individual spines of layer 5b basal dendrites, using expression of jRGECO1a. . 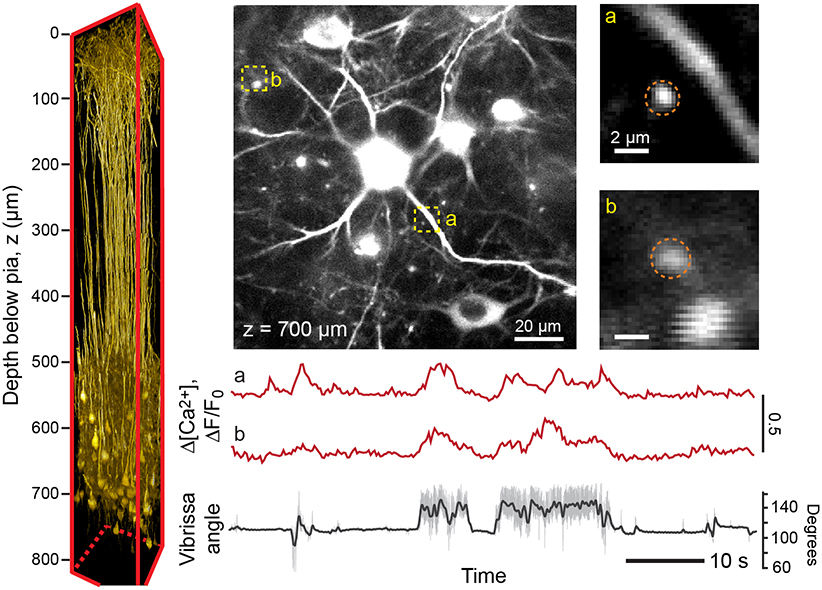 Ongoing work concerns the incorporation of fast, i.e., millisecond, and large, i.e., up to 300 micrometers, shifts in focal plane with AO corrections and power modulation at each plane. We are also incorporating shaped beams for concurrent optogenetics. 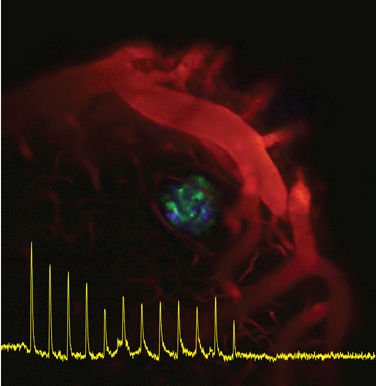 We devised cell-based neurotransmitter fluorescent engineered reporters (CNiFERs) to address this need. A CNiFER is a clonal cell-line that is engineered to express two proteins: (i) a specific G-protein coupled receptor that is of the Gq family or transformed to be of that family; and (ii) a genetically encoded FRET-based Ca2+ sensor that detects changes in intracellular [Ca2+]. Binding to the metabotropic Gq-coupled receptor under physiological conditions leads to an elevation in cytosolic [Ca2+] and thus a change in fluorescence that provides a direct and rapid readout of local neurotransmitter activity.

CNIFERs are implanted into cortex and imaged with two-photon laser scanning microscopy to measure neurotransmitter concentration in the behaving animal. They have one to ten nanoMolar sensitivity, about a one second response time to report a change in transmitter concentration, and a differential resolution of about five seconds. We acheive a spatial resolution down to 50 micrometers. 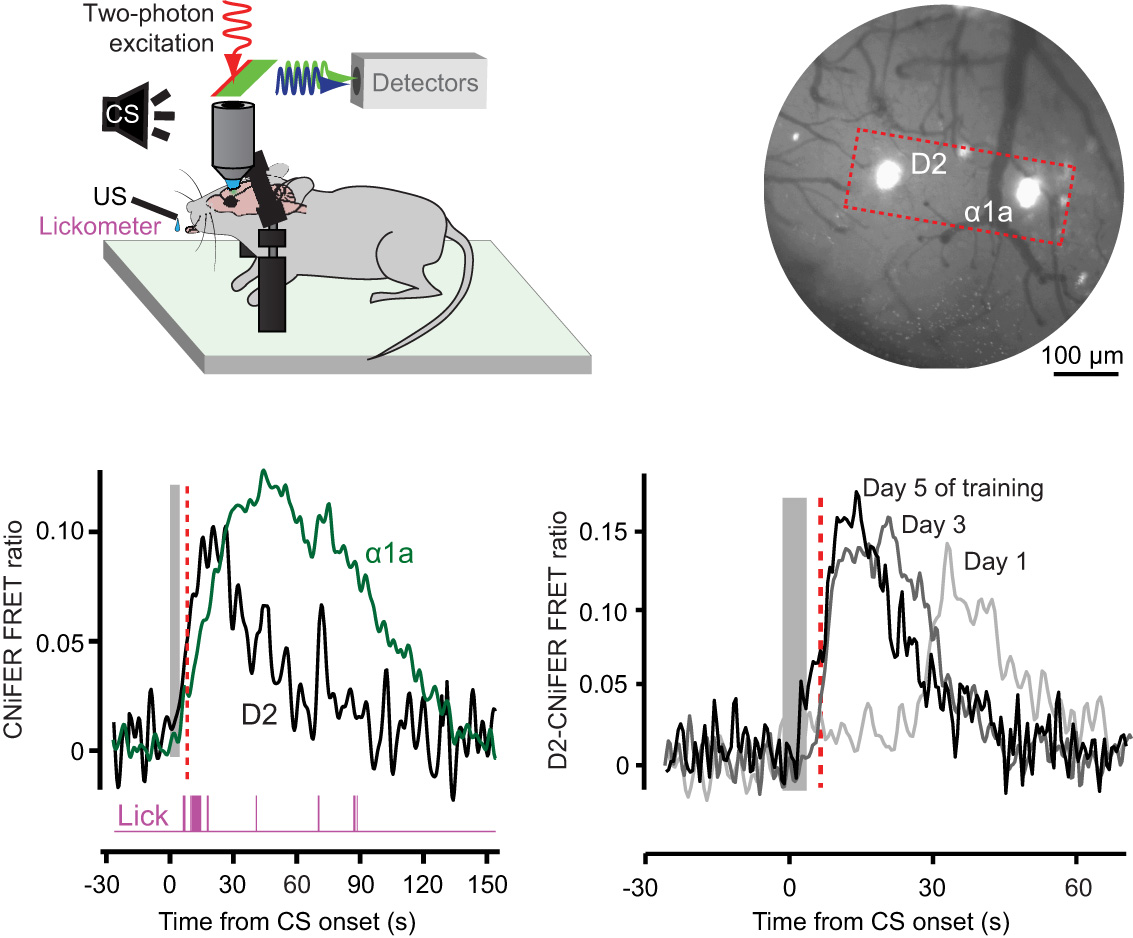 Ongoing projects are in collaboration with the Slesinger laboratory (MSSM). We currently address: (1) the volitional control of neuromodulators; (2) the role of peptide neuromodulators modulators in the control of blood flow in cortex; and (3) the temporal dynamics of neuromodulators during the transition between wakefulness and REM sleep. Work at MSSM involves the use of CNiFERs in subcortical areas in conjunction with fiber optics.